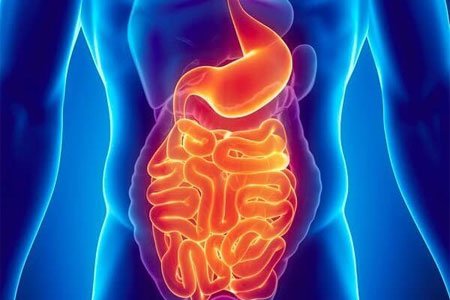 From the course of biology and medicine, from our own life experience, we have all for a long time known, what bacteria are, why they can be dangerous for us, and how a single bacterial infection in our body can lead to life- threatening complications.

In the middle of the 20th century, a biggest weapon against bacteria was discovered – antibiotics. But with time flow, new discoveries and observations were recorded, and we found out what can prevent bacteria from being destroyed even by best and highly sensitive antibacterial medications.

So, our bacteria swim or float freely in liquids – in the water in your tap, in juice left sitting on the counter, or, if a person has a blood infection, even in human blood. Swimming allows bacteria to move around to find food, or move away from things they do not like, such as bright sunlight, or cells from the human body that want to eat, to destroy bacteria. But most bacteria would rather sit still than swim around. Sitting still takes less energy, and bacteria that sit in the right spot can wait for food to come to them. Sitting still is the first step in making so-called ‘bacterial biofilm’. The first bacterium that sits still will be joined by others, or bacteria can reproduce and make plenty of copies of itself. When more and more bacteria get together, they start to make sticky substances called extracellular polymeric substances (EPS) - those are long molecules made of sugar, fats, even DNA particles – and in this way ( creating biofilm) bacteria cover themselves to protect their entire existence from destruction.

Biofilms are very common. The icky gunk in the bathroom drain is a biofilm. Scum covering a rock in a river is a biofilm. The mossy feeling your teeth get when you have not brushed them in a while. That is a biofilm on your teeth! Biofilms form on any surface that is wet and that has food for bacteria to eat.

The human body makes special cells that find and destroy bacteria. These special cells are part of our immune system. They, as well as antibiotics, are very good at fighting bacteria that are swimming around inside your body. If these bacteria are exposed to an antibiotic for long enough, the bacteria will die, and you will be cured of the infection. On the other hand, bacteria living in a biofilm cannot be killed by antibiotics. When the antibiotic comes along, it gets caught up in the sticky extracellular polymeric substances and does not even reach the bacteria! Some bacteria on the outside of the biofilm may be killed by the antibiotic, but the bacteria on the inside of the biofilm are safe. Bacteria at the bottom of the biofilm may be in a dormant, “sleeping” state, which makes them resistant to some kinds of antibiotics. This means, even if antibiotic gets inside a biofilm, it does not kill all the bacteria. In fact, it would take 1000 times more antibiotic to kill all the bacteria in a biofilm community than is needed to kill bacteria while they are swimming on their own. That would be so much antibiotic that it would kill the patient along with the bacterial infection! So, if antibiotics do not work, what can we do?

We can use the so- called -Biofilm disruptors:

The proper Biofilm protocol will be suggested in HHH Medical Center depending on your symptoms, infection site, severity of symptoms, antibiotic-resistance. And together we will be able to fight your chronic infection!