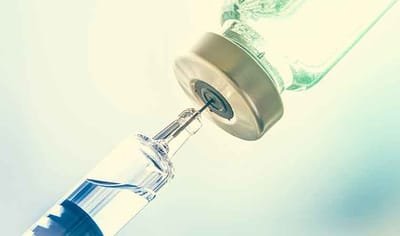 Glutathione - a tripeptide consisting of cysteine, glycine, and glutamate- is the most abundant antioxidant that plays a crucial role in antioxidant defense against oxidative damage of cells from Reactive Oxygen Species (ROS)  and is also involved in the regulation of various metabolic pathways essential for whole body homeostasis. The maintenance of the highest  concentrations of reduced glutathione (GSH) in most cells  highlights its vital and multifunctional roles in the control of various biological processes such as detoxification of foreign and endogenous toxins, regeneration of vitamins C and E, maintenance of mitochondrial function, antiviral defense, regulation of cellular proliferation, apoptosis, and immune response.  It is important to note that there is evidence that glutathione inhibits replication of various viruses at different stages of the viral life cycle, and this antiviral property of GSH prevents increased viral loads and the subsequent massive release of inflammatory cells into the lung (“cytokine storm”).

The antiviral activity of glutathione was demonstrated during preventive administration of N-acetylcysteine (NAC, glutathione precursor), which significantly reduces the incidence of influenza and influenza-like episodes, especially in elderly high-risk people.

Systemic bioavailability of orally taken Glutathione is poor because its destroyed in GI system by proteolytic enzymes. Direct supplementation of glutathione is not successful, so supply of the raw nutritional materials used to generate GSH, such as Cysteine and Glycine, may be more effective at increasing glutathione levels. Other antioxidants such as Ascorbic Acid (vitamin C) also work synergistically with glutathione, preventing of its depletion. Compounds such as N-acetylcysteine (NAC) and Alpha lipoic acid (ALA) are both capable of helping to regenerate glutathione levels. The active metabolite of vitamin D3 increases glutathione levels in the brain and catalyse glutathione production. S-adenosylmethionine (SAMe), also increase cellular glutathione in persons suffering from glutathione deficiency.

Low Glutathione is commonly observed in such diseases as:


Glutathione deficiency plays a crucial role in severity of symptoms related to COVID-19, especially in developing ARDS (Acute Respiratory Distress Syndrome) and cytokine storm at critically ill COVID-19 patients.
Treatment with IV Glutathione will help to deliver directly to your cells this vitally important nutrient. Availability of IV Glutathione is 100%.

The Benefits of IV Glutathione:
Remember, that Glutathione is fragile and thus cannot be mixed with other supplements in the same bag for IV infusions.
It should be given separately prior to any other IV drip, or after IV drip, followed after normal saline push.